Choline is one of the most important nutrients during pregnancy. But choline didn’t get enough attention for too long! Choline has been recognized as an essential human nutrient that also plays a significant role during pregnancy, only in recent years. 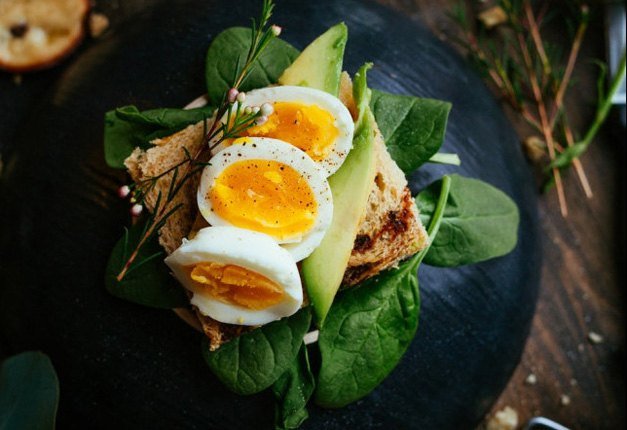 Choline, a vital nutrient for the baby’s cognitive development!

The majority of studies about the importance of choline during pregnancy have been done only in recent years. And one by one, they confirmed the beneficial effect of choline on the pregnant woman and the baby.

A study conducted at Cornell University is one of them. Its results confirmed the positive effects of increased choline intake during pregnancy. The study proved enhanced brain function of babies whose mothers consumed twice the recommended daily amount of choline every day during pregnancy.

Consequently, the American Academy of Pediatrics in 2018 finally confirmed choline’s essential role in a baby’s brain development in the womb. They officially recommended adequate choline intake during pregnancy and advised health care providers to make sure pregnant women are getting enough choline during pregnancy.

Choline is an essential nutrient for human metabolism, which plays a vital role in a baby’s early brain development during pregnancy.

Choline is crucial for human cell health. It is essential for the production of acetylcholine – a neurotransmitter that affects our memory, well-being, mood, muscle control, and other brain and nervous system functions.

Pregnant women should eat foods rich in choline during the whole pregnancy! Adequate choline levels will not only contribute to a better baby’s cognitive abilities but also maintain her metabolism.

But, just eating food full of choline is not enough. To provide your body with enough choline, you have to pay attention to the proper vitamin intake as well.

We are all familiar with vitamins’ importance during pregnancy. But in correlation with choline, is the most significant vitamin, vitamin B₉ (folate).

Both nutrients are donors of the same substance (methyl). Due to vitamin B₉ deficiency, the body draws all the methyl from choline, leading to the choline’s increased needs.

Choline benefits for the baby:

The human body produces choline naturally in the liver. However, the body can only synthesize a modest amount of choline, which is not enough to meet our needs. Therefore, we have to obtain it from a proper diet or by taking choline supplements.

A proper and balanced pregnancy diet is, of course, the best and the healthiest way for sufficient choline intake! But sometimes, a pregnant woman cannot meet the increased needs just with a diet. In such a case, she has to consider choline’s dietary supplements.

Choline is present in breastmilk, so nursing mothers will further provide their baby with an adequate amount of choline.

Do not worry if you are formula-feed your little one! Nowadays, choline is added to most commercial infant formulas. Your baby will get enough of it even if she is bottle feed.

How much choline is recommended during pregnancy?

Most people do not intake adequate amounts of choline, but its deficiency in healthy adults is rare.

The adequate intake (AI) for women of reproductive age is 425 mg choline per day. The recommended daily intake for pregnant women is a bit higher, 450 mg per day, and even higher for breastfeeding mothers (550 mg choline per day). (source)

The risk for choline deficiency is due to increased needs slightly higher during pregnancy. The risk also increases for those who do not take folic acid supplements or those with low vitamin B levels.

According to Cornelle’s research, less than ten percent of pregnant women reach recommended levels and would likely benefit from boosting their choline intake.

Is choline good in pregnancy?

Does eating more foods rich in choline during pregnancy boost the baby’s brain?

To go back to Cornell University research. They randomly divided 26 women into two groups. Both groups had the same diet but received varying amounts of choline supplementation.

One group received 480 mg of choline per day and the other 930 mg per day.

When babies of the study participants were born, the researchers tested their cognitive abilities, focusing on information processing speed, their memory, and visual memory. Tests have been conducted on babies four, seven, ten, and thirteen months of age.

The sample of test subjects was too small for final scientifical confirmation. However, it does suggest increasing the daily intake of choline during pregnancy might be notably beneficial.

Nevertheless, try to reach the recommended amounts of choline, as most pregnant women still fail to do so!

Talk to your doctor about the best diet for you and your baby and enjoy delicious, healthy snacks that are good for both of you.