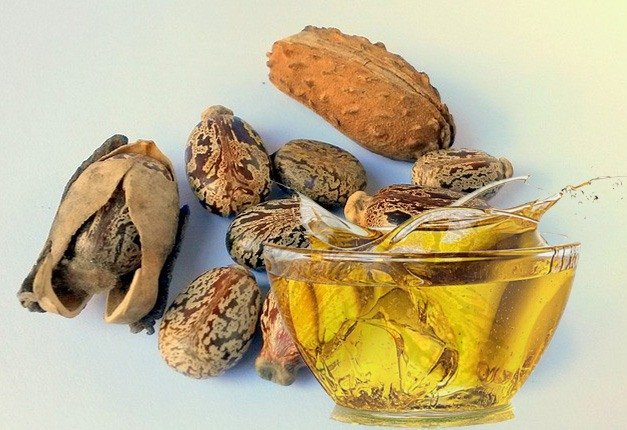 We’ve investigated everything about using castor oil in pregnancy and its ability to induce labor.

Pregnancy is a special time for women, but it is often full of challenges and problems. Pregnant women wish they could alleviate them without worrying about the side effects on their baby.

To soothe pregnancy-related problems, they often rely on natural products, but even those are not all safe during pregnancy! So, although it is not an artificial substance, you have to make sure if a natural remedy, like castor oil, is safe in pregnancy.

Castor oil use dates back to Egypt when they’ve already known its positive effects on the body, skin, and hair. While today, it is best known for its laxative effect, are pregnant women most interested in its potential to induce labor.

Topical use of Castor Oil in pregnancy

The topical use of castor oil is not as known as other oils, but it has many positive effects too.

The benefit of castor oil application for pregnant women:

Castor oil has a moisturizing effect and stimulates the production of collagen and elastin! Its properties prevent stretch marks from drying out and become more visible.

Applying Castor oil on the skin during pregnancy

Castor oil keeps your stretch marks from drying out and soothes any itchiness. Its moisturizing ability makes them less noticeable, and they may even fade over time.

Apply a sufficient amount of castor oil on your belly, and gently massage it into your skin. You will achieve the highest effect by repeating the process every morning and night during pregnancy and beyond.

Castor oil is considered safe for skin application during pregnancy. However, there’s a small chance of an allergic reaction, so test it on a smaller part of your skin first.

Castor oil is associated with more comfortable childbirth and inducing labor near the due date. Drinking castor oil can stimulate birth, but health care providers do not recommend this technique due to several possible complications.

Consumption of castor oil is not recommended during pregnancy and breastfeeding. Because their baby could ingest it during breastfeeding, nursing mothers should not apply it to their breasts either!

Possible side effects of drinking castor oil during pregnancy:

Drinking castor oil in pregnancy can cause severe diarrhea and thus dehydration of a pregnant woman. The baby in the womb can experience intense cramps, causing her heart to beat faster. The baby may pass the stool in the uterus, leading to the baby’s respiratory distress.

If castor oil is effective and begins labor, it may cause irregular and painful contractions, which is stressful for the mom and her baby.

Women who had tried this method reported higher abdominal pain than during births when they did not drink castor oil.

3. Drinking castor oil during pregnancy may cause premature birth:

Drinking castor oil during pregnancy can cause premature birth, and thus, developmental abnormalities in the baby.

What is castor oil?

Castor oil is obtained by pressing castor beans (seeds of the Ricinus communis plant). It is a multi-purpose colorless to very pale yellow liquid with a distinct taste and smell. It is a vegetable oil that has been in use for thousands of years.

Castor beans hold the toxic enzyme ricin, thus, many people wonder if it is poisonous for consumption or skin application. But before use, castor oil undergoes a heating process, which deactivates its toxic compounds, allowing its safe use.

Besides several medical and pharmaceutical uses, it’s also commonly used as a food additive, an industrial lubricant, and a biodiesel fuel component.

Is castor oil safe in pregnancy?

Because of possible side effects, I do not recommend drinking castor oil during pregnancy! Also, it is better not to drink it to induce labor!

However, castor oil is considered safe for skin application during pregnancy. But, like for any other natural remedy, dietary supplement, or ower counter medication, you should ask your healthcare provider before trying it in pregnancy!

All information and resources found on www.babyslittleplace.com are based on the opinions of the author unless otherwise noted. All information is intended to encourage readers to make their own nutrition and health decisions after consulting with their healthcare provider.

All information contained on this website, including information related to medical matters, health issues, treatments, and products, serves only for informational purposes. It is not intended to replace the advice of your own doctor or specialist.

The information on this website is not intended to diagnose health problems or prescribe medications.